Result has been achieved on 3 June 2021 in month 7 of the project (results documented in Work Package 2 of the planned result: Optimized Hybrid Battery Stack Concepts and Advanced Battery Management Systems).

Battery cell testing with various different chemistries (NMC, LTO, LFP and 2nd life LFP cells) has been finalized, referred to as medium-fidelity battery cell testing. The results will be used to characterize battery models, which in term will be applied in an optimization tool developed in this project. This tool focuses on finding the optimal battery configuration for a Hybrid Battery Energy Storage System (HBESS). The optimal battery configuration utilizes the strengths of each selected battery chemistry and minimizes the cost for energy storage. The battery cell tests provide the required information to the optimization, to make the optimal decisions.

The testing was performed by TNO and CEG, who each performed similar tests on a subset of the  battery cell types (see Figure 1 and Figure 2). The model characterization will be performed by CEA, who will output their results to VUB (responsible for the optimization tool). After the optimization tool selects the most suitable cell types for the final demonstration, TNO will run more elaborate testing on those cells (focusing on ageing, referred to as high-fidelity battery cell testing) and a full demonstrator will be designed, produced and tested in operation (lead by CEG). 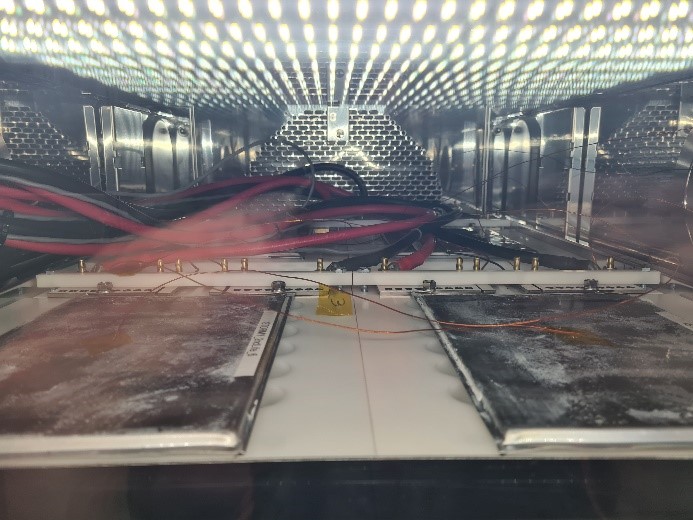 Figure 2 Example of a test result